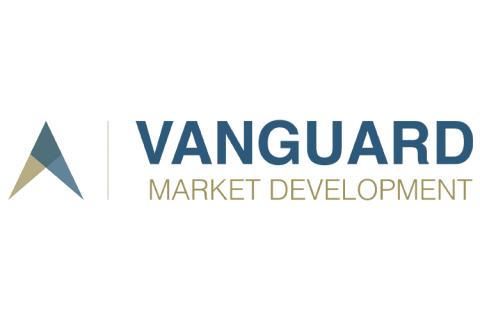 The Vanguard Award recipient is elected by the IIS Honors Committee, which is represented by senior insurance executives and leading academicians.  Varia will receive this honor at the June 9th Gala Awards dinner taking place during the IIS Global Insurance Forum at the Conrad Downtown NYC, June 8th – 10th.

“The IIS Honors Committee was inspired by the work Rajni has done to foster the development of the insurance and reinsurance industry in Africa and the Indian subcontinent,” says James Vickers, Chairman of the Honors Committee.  “With my full support, the Honors Committee endeavored to recognize Rajni and those who will follow in his footsteps in future years by establishing the Vanguard Award for those who broaden accessibility of insurance and risk management to uninsured and underinsured markets.” IIS President & CEO, Mike Morrissey adds, “reinsurance is a fundamental underpinning to ensuring comprehensive risk management, particularly in markets susceptible to large scale losses. Rajni’s work supported market expansion and in doing so, ushered in greater resilience to areas with high risk exposure.”

Rajni Varia began his career with Munich Re in 1976 and after a successful tenure there Varia joined Zep Re in 2003 serving as General Manager and Chief Underwriter.  In 2007, he was named Managing Director, a title he held until his retirement in 2016, in that time developing Zep Re from a small, regional unrated reinsurer to an African “lead reinsurer”.  He expanded the company’s operation beyond Africa and was actively involved in providing reinsurance recoveries in Nepal immediately after the 2015 earthquake.  Varia developed sound reinsurance policies and practices, leading by example by establishing local solutions for the African insurance industry and sitting on the board of several insurance and reinsurance companies.  He mentored and trained insurance professionals across Africa for over thirteen years and in 2016, he established Zep-Re Academy.  Rajni Varia has received numerous accolades including a fellowship from the West African Insurance Institute in 2017, the Pride of India Leadership Award from the NRI Institute in 2011 and the African Insurance Organization’s Insurance Hall of Fame award in 2017.

About International Insurance Society
IIS serves as the inclusive voice of the industry, providing a platform for both private and public stakeholders to promote resilience, drive innovation, and stimulate the development of markets.  The IIS membership is diverse and inclusive, with members hailing from mature and emerging markets representing all sectors of the re/insurance industry, academics, regulators and policymakers.  As a non-advocative organization, the IIS serves as a neutral platform for active collaboration and examination of issues that shape the future of the global insurance industry. Its signature annual event, the Global Insurance Forum, is considered the premier industry conference and is attended by 500+ insurance leaders from around the globe.

About The Institutes | Risk and Insurance Knowledge Group
As the industry’s trusted and respected knowledge leader, The Institutes are committed to meeting the evolving professional development needs of risk management and insurance professionals through innovative research, networking, and career resources. The Institutes offers 28 designations, including the Chartered Property Casualty Underwriter (CPCU®). Other offerings include certificate and introductory programs, online and continuing education courses, leadership education, custom solutions and assessments, and industry consortiums such as the RiskBlock Alliance. TheInstitutes.org.