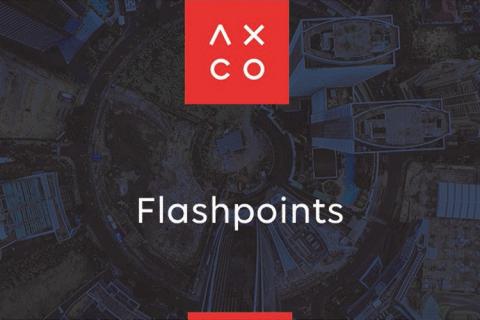 While Sub-Saharan Africa is bracing for the impact of COVID-19, the pandemic has not yet frozen political life across the region as it has elsewhere. Several highly anticipated elections were scheduled for this year, including regional heavyweights Ethiopia, Ghana, Ivory Coast, and Tanzania.

Opposition movements facing autocratic incumbents fear that the crisis offers a pretext to neutralise their rivals’ ability to mobilise public displays of support or manipulate electoral processes. Malawi’s recent experience illustrates the potential pitfalls. Approaching a re-run of a presidential election ruled invalid by the courts, judges blocked President Peter Mutharika from implementing a lockdown. While the judges cited a lack of social provisions for the poor, the injunction ratcheted tensions further after Mutharika replaced army chiefs and rejected electoral reform legislation ahead of the poll in July.

Elsewhere, the timing of the pandemic is similarly primed to disrupt fragile political situations. The postponement of Ethiopia’s elections risks a constitutional crisis that could ignite ongoing ethno-nationalist conflicts into separatist revolts, dooming Prime Minister Abiy Ahmed’s reform project. In Ivory Coast, the retirement of the incumbent and the return of the protagonists of the 2010 civil war to contest November’s presidential elections have stoked fears of renewed unrest. Meanwhile, Burundi’s government used quarantine measures to deter international observers from attending a presidential election that threatens a repeat of the political violence that marred the 2015 contest.

In addition to permitting unchecked abuses and distracting from unresolved political tensions, the introduction of COVID-19 to the region’s electoral season offers another threat; contentious elections marked by rallies and protests could also facilitate the spread of the virus and distract policymakers from health and economic responses. While many African countries already possess effective systems to contain and track diseases from previous epidemics, political conflict could unravel the good work that has, so far at least, delayed the virus.

THE NATURE OF THE DRAGON: WILL DEBT CRISES REVEAL THE INTENT OF CHINESE LARGESSE?

Chinese external lending has long been shrouded in secrecy. Around 50% of Chinese loans are considered ‘hidden debt’ and deducing global totals has been a long-term task for academics. China’s intent with these loans has been much debated. Is the country simply doing business, or is this an elaborate debt trap, luring in governments with easy cash while planning to seize strategic assets when they eventually hit hard times? It is no small question. Data from the Kiel Institute shows China lending more than the World Bank or the IMF. The Belt and Road Initiative is the greatest outflow of financing since the Marshall Plan.

That is where the comparison ends though. 90% of American Marshall plan funding was provided as grants. Chinese money comes as loans, sometimes backed by strategic assets as collateral. It’s certainly true that “BRI loans are not foreign aid” as a candid researcher at the Chinese Development Bank told the FT last month. Despite talk of preferential rates, Chinese debt is frequently lent at market interest with short maturities. And the collateral isn’t just for show; when Sri Lanka couldn’t pay its debts in 2017, China acquired the strategic port at Hambantota.

There is, however, evidence the other way as well; most debt crises don’t end up with ports changing hands. Indeed, some research has pointed to forgiveness, deferment and restructuring as more common outcomes. With Beijing trying to build its reputation for global leadership, strong-arming strategic assets from indebted governments facing the repercussions of a global health crisis would be counterproductive. Yet with eyes on China any reward for forbearance could be deferred, particularly as these loans have short maturities. There are always licenses to grant and assets to privatise. With governments under economic strain, those of us watching the story of Chinese debt are about to get a lot of new data points.

GOOD INTENTIONS WILL NOT BE ENOUGH TO SAVE IRAQ

Fresh faces are rare in Iraqi politics. An exception can be found in the country’s new prime minister, bureaucrat-turned-politician Mustafa Al Kadhimi. As a former journalist and director of the National Intelligence Service he is free of affiliation to Iraq’s competing ethno-religious factions that have long scuppered effective national policymaking. Kadhimi assumed office on 7 May promising to operate a technocratic government that will deliver sustainable economic and political development: in his words a "solution-based, not a crisis government". He fashions himself on Singapore’s former Prime Minister Lee Kuan Yew, a model technocrat who guided the country’s transformation into a bastion of prosperity and stability.

Unfortunately for Kadhimi, precedent leaves no cause for optimism. Failed technocratic governments litter Iraq’s modern history. Cabinets promising to rise above sectarian factionalism have always capitulated to the demands of powerful political forces and their corresponding militias. The most recent, curated by former Prime Minister Haider al-Abadi in 2016, was paralysed by disputes with the Popular Mobilization Forces. Kadhimi has already bowed to pressure from the Iran-backed Fateh faction and pledged to uphold the muhasasa; the ethno-religious political apportionment system that perpetuates sectarian discord.

Worse still, Iraq faces a conflation of crises that threaten to overwhelm the incoming administration. Anti-government protests, albeit diminished, continue in Baghdad. Although the COVID-19 pandemic has been largely contained, it presents a long-term threat to public health and has inflicted significant economic damage. Low oil prices exacerbate the budgetary pressures generated by the pandemic. A resurgent Islamic State in the northeast presents a tangible security threat, whilst the ominous spectre of conflict between Iran and the US, played out in Iraq, looms large.

Kadhimi is arguably Iraq’s most promising prime minister in the post-Ba’ath era. However, the realities of governance and the multiplicity of challenges Iraq faces are almost certain to disrupt his well-intentioned plans for comprehensive reform