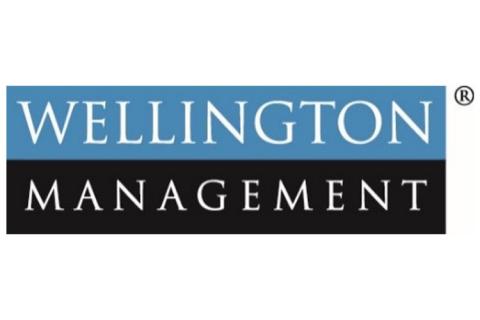 Why did you choose climate risk in the municipal market as a  research topic?
Climate change is an acknowledged, yet still underappreciated, risk in the municipal bond market. As the threat grows and climate change manifests itself in unwelcome ways, insurance companies  may face the potential “double whammy” of incurring losses on their municipal portfolios at the same time as their insured losses increase. Climate change can also present opportunities for discerning, forward-thinking investors.

With all that in mind, I believe climate change should become part of the “mosaic” for how insurers and other institutional investors approach investing in municipal bonds. For example, given the risk of material climate impacts on certain municipalities, insurers may want to rethink their long-term assumptions on the asset class, particularly for credits in vulnerable areas.

Does this risk make munis less of a “safe haven” for investors?
It may at some point and in some instances. By way of context, municipal bonds tend to be less liquid than some other fixed income sectors because much of the buyer base is buy-and-hold investors. And while munis may not be of comparable credit quality to US Treasuries, many investors with low risk tolerances have flocked to the asset class due to its historically low default rate.

However, skepticism over its perceived “safe-haven” status may begin to mount as the impacts of climate change become more apparent — a highly rated municipality today may have trouble meeting its future debt obligations as its tax base potentially dwindles. Already, US insurers hold US$155 billion in index muni bonds with elevated climate risk across wildfire, heat, and drought climate variables.[1]

Is climate risk properly reflected in municipal bond prices?
I am often asked that question and, thus far, I believe the answer is no in most cases, partly because the federal government continues to be an “insurer of last resort” by providing rebuilding dollars when natural disasters strike, with little local match typically required. But that may change going forward if climate-related events become more frequent, which could weaken continued government commitment to certain regions and accelerate erosion of the tax base.

Also worth noting is that the major bond rating agencies have begun to incorporate climate risk into their reports, but have not yet systematically integrated it into their credit ratings. If that too begins to change, as I believe it will, it could have a significant impact on muni bond pricing in the period ahead.

What can insurance clients do about climate risk in the muni market?
From an insurer’s standpoint, trying to adjust a fixed income portfolio in the aftermath of the developments I just described could prove costly, which is why investors should consider preparing their portfolios sooner rather than later. Broadly speaking, insurers that hold municipals should assess climate risks in the context of their entire enterprise.

Beyond that, we think insurers are best served by having an experienced, active fixed income manager that looks at each municipal subsector through a different lens and weighs climate risk against various other risk factors, as well as muni bond pricing. A manager should also have the wherewithal to selectively and nimbly invest in areas exposed to chronic risks. For example, we would consider lending to at-risk municipalities that we expect to remain large and vibrant over our investment time horizon.

Any final thoughts for insurers on this topic?
Economic losses from climate change have already been realized, although many investors remain complacent, assuming they can adapt their investment strategy over time to what they perceive to be a slow-moving, long-term problem. That may be a dangerous assumption, particularly when it comes to the municipal bond market. We believe the time for insurers to act on climate risk is now in order to proactively address the perils and potentially take advantage of muni market pricing inefficiencies while they last.