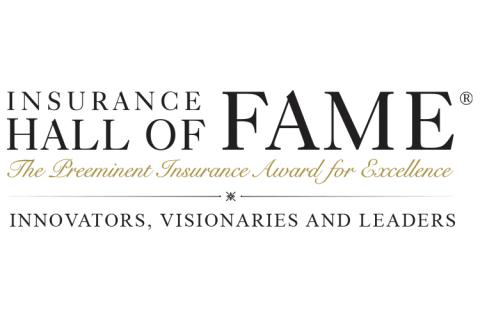 Larry Zimpleman to be Inducted into the Insurance Hall of Fame

The International Insurance Society (IIS) announced today that Larry Zimpleman, former chairman, president and CEO of Principal Financial Group, will be inducted to the Insurance Hall of Fame in recognition of his lifetime contributions to the insurance industry.

The Insurance Hall of Fame recognizes insurance leaders who have made a broad, encompassing and lasting contribution to the insurance industry and who are recognized by their peers as successful leaders, innovators and visionaries. Laureates are nominated by IIS members and selected by the IIS Honors Committee, a body of senior insurance executives and academics. Zimpleman will be honored during the Society’s June 9th Gala Awards dinner, to be held at the IIS Global Insurance Forum at the Conrad Downtown NYC hotel, June 8-10.

“Induction into the Insurance Hall of Fame is the highest accolade in our industry. It serves as a testament to Larry’s outstanding achievements during his brilliant career at Principal Financial Group,” said James Vickers, chairman of the IIS Honors Committee. “As an effective leader with inspired vision, resolute ethical standards and a deep commitment to issues surrounding the widening economic gaps, Larry is a welcome addition to the Insurance Hall of Fame.”

“Larry steered Principal Financial Group through the global financial crisis with a steady hand and ultimately led the company to impressive growth in the years that followed,” added Michael J. Morrissey, IIS President and CEO. “He has been an exemplary role model, not only to the thousands of employees he managed, but also across the industry globally as a champion of retirement security, investment management, global retirement systems, and financial literacy.”

Zimpleman served more than 44 years in the financial services industry, joining Principal as an actuarial intern in 1971 and retiring as the company’s chairman and CEO in 2016.

From 1976 to 2006 he held numerous management and leadership positions, mostly in Principal’s U.S. retirement business. During that time period he was instrumental in developing the company’s international pension and long-terms savings strategy, and played a critical role in preparing the company for its 2001 initial public offering.

By 2006, Zimpleman was responsible for overseeing Principal’s global and domestic operations as president and chief operating officer. He was named chairman and CEO in 2008, and successfully led the company through the financial crisis and recession, ultimately presiding over record growth through organic development and acquisitions.

Principal has continued to build on the momentum generated under Zimpleman’s leadership, and today is a Fortune 250 company with more than 17,000 employees, 32 million customers, and $703.4 billion in assets under management.

“Principal would not be the company it is today without Larry Zimpleman,” said Principal Chairman, President and CEO Dan Houston. “His vision, leadership, and integrity were critical to enabling us to help millions more people around the world to have enough, save enough, and protect their financial future.”

Zimpleman continues advancing the insurance industry in retirement through his role on the Swiss Re board of directors. An advocate for global awareness and responsible global citizenship, Zimpleman and his wife, Kathleen, created the Zimpleman Scholarship for Global and Experiential Learning at Drake University with the goal of nurturing and encouraging a new generation of students to explore new countries and new cultures.

IIS serves as an inclusive platform for private and public stakeholders to promote resilience, drive innovation, and stimulate the development of markets through insurance and risk management.  Our members include life and nonlife insurers from developed and emerging markets, as well as brokers, scholars, regulators and advisors. By virtue of its diverse membership, IIS is recognized for its global convening power and its policy neutral platform that explores the forces that shapes, supports, and enhances the relevance of risk management and insurance in the global economy.  Its signature annual event, the Global Insurance Forum, is considered the premier industry conference and is attended by 500+ insurance leaders from around the globe.

Founded in 1965, the IIS is a 501(c)3 not for profit organization based in New York, NY.  IIS is an affiliate of The Institutes. Internationalinsurance.org

About The Institutes | Risk and Insurance Knowledge Group

As the industry’s trusted and respected knowledge leader, The Institutes are committed to meeting the evolving professional development needs of risk management and insurance professionals through innovative research, networking, and career resources. The Institutes offers 28 designations, including the Chartered Property Casualty Underwriter (CPCU®). Other offerings include certificate and introductory programs, online and continuing education courses, leadership education, custom solutions and assessments, and industry consortiums. TheInstitutes.org.