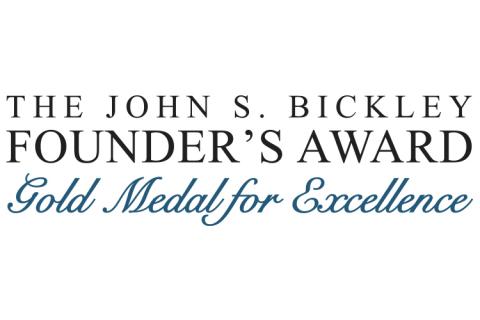 The International Insurance Society (IIS) has announced Karen Clark, President and CEO of Karen Clark & Company, as the 2019 recipient of the prestigious John S. Bickley Founder’s Award. Ms. Clark is recognized as the creator of the first catastrophe model and is credited with inventing the catastrophe modeling industry which revolutionized the way re/insurers understand and manage catastrophe risk. Karen will be honored at the June 20th Gala Awards dinner taking place during the IIS Global Insurance Forum at the Shangri-La Singapore, June 18th – 21st.

The John S. Bickley Founder’s Award Gold Medal for Excellence recipient is elected by the IIS Honors Committee, represented by senior insurance executives and leading academicians. The award recognizes individuals who have made a significant, lasting contribution to insurance thought, product, practice or education.

“Catastrophe modelling has fundamentally transformed the reinsurance industry” says James Vickers, Chairman of the Honors Committee “and its impact is increasingly vital as the frequency and force of natural catastrophes intensifies year after year.” IIS President & CEO, Mike Morrissey adds, “Karen’s unparalleled expertise in catastrophe modeling was a game changer for not only the reinsurance industry but also inspired the first cat bond and led to the creation of insurance linked securities. Karen’s work has had a profound impact on the insurance industry and we’re proud to honor her with the Founders Award.”

Ms. Clark has dedicated her entire career to developing and improving the methods and tools re/insurers use to estimate their potential losses from all types of catastrophes. Additionally, over the past 30 years, she has devoted a significant portion of her time to the education of industry, governments, and the public on all aspects of catastrophe risk.

As a Research Associate for a major insurer, Ms. Clark was challenged by the lack of loss data when tasked with the assessment of the insurer’s exposure to hurricanes, which were infrequent at the time. It was in the context of this challenge that Ms. Clark embarked on the development of a computer model that could simulate potential future hurricanes and estimate the property losses from those storms. The result was the seminal paper, “A Formal Approach to Catastrophe Risk Assessment and Management,” which was published in the 1986 Proceedings of the Casualty Actuarial Society and introduced the concept of catastrophe modeling as a viable technique for estimating the probabilities of insured losses from natural hazards.

In 1987, Ms. Clark founded the first catastrophe modeling company, Applied Insurance Research (AIR), to develop probabilistic models and software applications that would enable re/insurers to use the models for pricing, underwriting, and reinsurance decision-making. She extended the catastrophe modeling field to cover natural hazards, including earthquakes, tornadoes, and other windstorms for regions across the world. After 9/11, and under her leadership, AIR developed the first model for a man-made peril—terrorism.

Along with the models, Ms. Clark developed several open data standards so that risk could be transferred more efficiently between insurers and global reinsurers. She paved the way for model usage by conducting numerous educational sessions with regulators, rating agencies, and bureaus. Ms. Clark 2 provided expert testimony for hearings around the first rate filings based on the models, and her involvement was instrumental in the issuance of the first catastrophe bond in 1997.

Catastrophe models have had a profound impact on the industry. Many have argued that the ILS (insurance linked securities) market could not exist without the models, and that market accounts for an estimated $30 billion of catastrophe protection today. Rating agencies and regulators now require the model output for determining the financial strength of property re/insurers. Catastrophe models have become the global standard for estimating and managing catastrophe losses.

About International Insurance Society
IIS serves as the inclusive voice of the industry, providing a platform for both private and public stakeholders to promote resilience, drive innovation, and stimulate the development of markets. The IIS membership is diverse and inclusive, with members hailing from mature and emerging markets representing all sectors of the re/insurance industry, academics, regulators and policymakers. As a non-advocative organization, the IIS serves as a neutral platform for active collaboration and examination of issues that shape the future of the global insurance industry. Its signature annual event, the Global Insurance Forum, is considered the premier industry conference and is attended by 500+ insurance leaders from around the globe.

Founded in 1965, the IIS is a 501(c)3 not for profit organization based in New York, NY. IIS is an affiliate of The Institutes. Internationalinsurance.org

About The Institutes | Risk and Insurance Knowledge Group
As the industry’s trusted and respected knowledge leader, The Institutes are committed to meeting the evolving professional development needs of risk management and insurance professionals through innovative research, networking, and career resources. The Institutes offers 28 designations, including the Chartered Property Casualty Underwriter (CPCU®). Other offerings include certificate and introductory programs, online and continuing education courses, leadership education, custom solutions and assessments, and industry consortiums such as the RiskBlock Alliance. TheInstitutes.org.