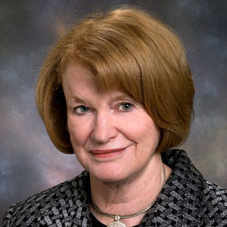 Shirley Gregor is the foundation Professor of Information Systems at the Australian National University, where she is a Director of the National Centre for Information Systems Research. Professor Gregor’s current research interests include the adoption and strategic use of information and communications technologies, intelligent systems and human-computer interface issues, and the theoretical foundations of information systems. Dr Gregor has led several large applied research projects funded by the Meat Research Corporation, the Department of Communications, Information Technology and the Arts, the Australian Research Council and AusAID. Professor Gregor spent a number of years in the computing industry in Australia and the United Kingdom before beginning an academic career. She obtained her PhD in Information Systems from the University of Queensland.

Professor Gregor was made an Officer of the Order of Australia in the Queen’s Birthday Honour’s list in June 2005 for services as an educator and researcher in the field of information systems and in the development of applications for electronic commerce in the agribusiness sector. In 2005 she was elected as a Fellow of the Australian Computer Society and in 2010 she became a Fellow of the Association for Information Systems.