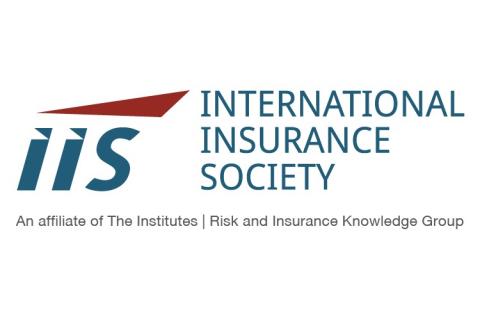 The proper board level oversight of insurance companies is a serious and complex undertaking.  At this time, with members of the Baby Boomer generation dominating most insurance company boardrooms, there is an unprecedented turnover upon us that has important implications for how our industry is going to be governed as it faces the challenges ahead.

Traditionally, the most fertile pool of candidates to be board members of insurance companies was considered to be senior corporate executives, often retired CEOs.  This group, while generally very capable and conscientious, was overwhelmingly male, white and late middle age.  Whether this rather homogeneous group of industry overseers was constructed in a way that unconsciously resulted in groupthink and lack of awareness of the changing world is a question beyond the scope of this article.  I want to focus herein on what’s happening now.

Most insurance companies have a mandatory retirement age for directors, and that age is generally 72 to 75.  The surge of recent and upcoming mandatory retirements feature prominently a group of men who grew up in the 1960s and entered the workforce in the early 1970s, rising to senior executive roles in the 2000s.  In large numbers, they must now step down from their insurance board seats.  As  companies seek their replacements, they do so with an updated set of expectations about desired skill sets, experience and demographics.

While insurance companies are justifiably concerned about the surge in board turnover and the resulting loss of so much institutional knowledge gained over several business cycles, many recognize the great opportunity to accelerate the diversity and inclusiveness of their teams.  I don’t mean this in the sense of political correctness or satisfying the proxy advisors’ checklists.  I mean a real, golden opportunity to enhance the functioning of insurance company boards by adding human resources that are more fit for purpose than in the past.

Board recruiting advisors like Spencer Stuart and Korn Ferry observe that new insurance company independent director appointments are younger, more female, more racially and ethnically diverse, and more technology and marketing savvy than ever before.

Younger board members can help insurers in several ways, often providing fresh creativity and a different angle on the new world insurers face.  Board candidates in the past were most often in their late 50s and early 60s.  While many new board members in this age group are still attractive, insurers are now seeing the value of adding younger directors, down to and sometimes including emerging senior executives in their early 50s and even mid and late 40s.  These digital natives often bring to the table a level of technology awareness lacking at the board level of most insurers, and thus can accelerate the narrowing of the tech literacy gap so prevalent at the board level.

New, younger board members are still actively working, unlike most retired or semi-retired older directors.  They are thus regularly involved with Millennials, who make up the largest percentage of the world’s workforce today (35%), and can help boards understand the workplace of their companies better.  They can also impart to their boards a better understanding of the product and distribution preferences and the customer experience expectations of the younger generation of customers.

They are much more attuned to environmental, social and governance concerns than their older peers.  Concern about the environment, for example, was not even on the radar screen of most of today’s insurance company board members as they rose in their careers, and many of them still struggle to understand the implications of the new world of ESG priorities and stakeholder capitalism, trends and values that are growing more important with each passing year.

The appeal of serving as a paid independent director has obvious appeal to many rising executives, but the employers at their “day job” increasingly see a benefit to their companies as well.  They are coming to see such opportunities for their rising stars as a valuable management development experience that will make them more valuable future leaders as they learn from their outside board work.

Incumbent and incoming older board members will of course continue to add value to their companies.  Many insurers are raising their mandatory retirement ages, since people in their mid-70s are commonly more physically and mentally healthy than their forebears (70 is the new 60!), and have much wisdom and perspective to impart. Nominating committees would be well advised, though, to seek a balance of perspectives by focusing their searches aggressively on a more diverse and inclusive pool of young candidates.  The S&P 500 Boardroom Diversity Report already shows a clear and positive correlation between the number of younger board members and Total Shareholder Return.  Go recruit yourselves some younger board members; your competitors are already doing so!